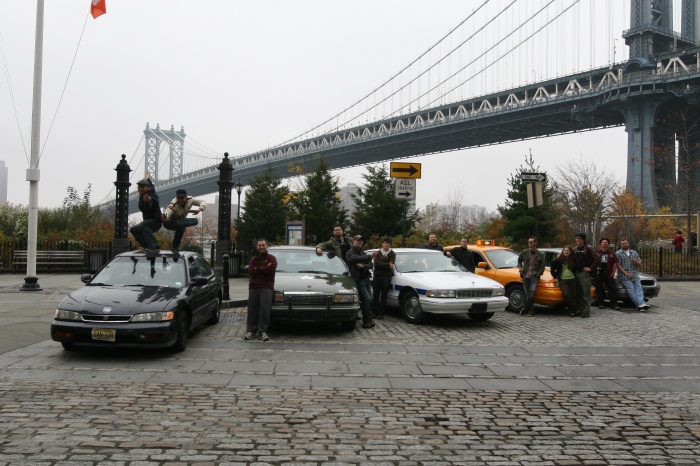 Well against all odds, and after belching out the carbon emissions of a small banana republic, The 2904™ arrived in San Francisco on a cool November morning! Lessons were learned from 2007: more power and more fuel!

So this year's adventure was dominated by American steel with big engines and huge fuel tanks. 2007's losers were transformed into this years winners with Team Creative Film Cars rolling into SF after 38 hours and 41 minutes defeating their well rusted opponents with aplomb (and plumbing in the form of a extra 22 gallon fuel tank in the trunk).

Joining the frey would be a car full of folks from Top Gear magazine. Yes, THAT Top Gear. It would result in a fantastic article that would propel The 2904 on for few more years.

So once again, against all odds and rational thought, everyone car made it across. And, more importantly, fun, and a funky stench was had by all.